Evaluating The Social Impacts of Mobile Money Services in Cambodia 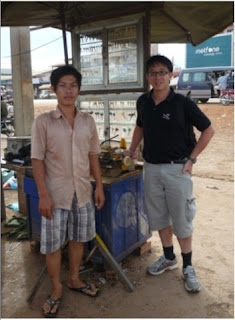 Currently,WING allows any customers (individuals and businesses) to transfer, deposit (cash-in) and withdraw (cash-out) money between each other and with anyone in Cambodia as well as top up their pre-paid mobile phone credits with their SMS-enabled mobile phones at low cost. Payment transactions like sending/receiving money, phone top-up can be done from any mobile phone, and secured by a personal 4-digits pin code. There is no monthly fee charged for holding a mobile wallet with WING and all the money are safely stored in a regulated bank.

I am both thankful and privileged to be part of this research collaboration with WING. It has been an exciting journey for me to travel to different rural towns to interact with different mobile money community sales representatives, customers and merchants/agents to find out first-hand how WING’s mobile money services has really made positive changes to their small business activities, local cultural norms, social well-being and financial management habits.

Below are 2 customer profile stories which are shortened versions of more detailed interview sessions conducted as part of the current research project collaboration between RMIT University Australia and WING. The names have been left out for privacy concerns.

With a Grade 12 high school education and knowing very little English, Mr. D was unable to find a good paying job to fully support himself and had to rely on his parents for help. Mr. D is grateful that WING gave him a second chance in life. Now, after being a WING pilot for almost 6 months, he has had an opportunity to gain work experience, earn a sustainable monthly income, and improve his English skills.

When he first started out as a WING pilot, Mr. D was very nervous and afraid to talk to people.  However, with good support from his team leader and teammates Mr. D is now more articulate and able to speak confidently, hence improving his self-esteem.

According to Mr. D: “WING made me a more responsible person that helped me realise the importance of saving and spending wisely. I want to be more financially independent and earn more income to support my two brothers’ university studies and use WING to transfer money to them.  I also used WING to top up my brothers’ mobile phone credits. My brothers were very thankful to me and this made me feel very proud as a family member.”

WING Customer Profile Story #2 –  Small Business Owner
Mr. T is a 22 year old business entrepreneur from a rural district town in Kampong Speu Province. He currently runs his small business as a locksmith. With both parents now deceased, he is the sole financial provider to his family and his younger brother who is studying in a university in Phnom Penh.

Before having a WING account, Mr. T had to spend at least 4 hours travelling to Phnom Penh (Cambodia’s capital city) and back to buy locks. This was physically exhausting and wasted valuable time. Mr. T previously used the district bank branch to transfer money to his brother, but his brother finds bringing along his identification card for verification troublesome, and the service fee is expensive.

According to Mr. T: “WING has helped me to reduce costs on money transfer service fee as well as transportation and meals for my trip to Phnom Penh to collect my locks. With reduced time in travelling, I can now save more time and do not require to close my small business so that I can effectively earn more money. I do not need to spend time to go out to the shop to buy scratch cards to top up my mobile phone credit as I now use WING to top up my mobile phone credit. Before using WING, the relationship between my brother and I seemed quite distant apart. But now after using WING, I find that our relationship has become much closer and I feel as if we are living together in the same house.”

According to Mr. T's brother: “In the past, I was angry and often complained to my brother on the inconvenience and frustration to wait for taxi driver in hot and wet weather to collect money for buying the locks supply. But using WING makes it easier to cash out my brother’s money from my WING account to pay for the locks supply. As a result, my relationship and communications with my brother has also improved. Because of WING, my brother now sends me money more often than before and I feel his family warmth and love to support my university studies and living expenses in Phnom Penh. 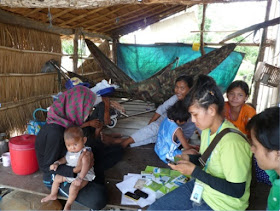 Jeff Fang is a PhD candidate from RMIT University Australia and Project Team Leader of the project discussed here, which is evaluating how mobile money services are impacting the livelihoods of mobile money community sales representatives, customers and merchants/agents.

Jeff is happy to hear any thoughts from any like-minded researchers and industry practitioners. He can be contacted at jeff.fang@rmit.edu.au or his LinkedIn profile at http://www.linkedin.com/in/jfang07.
Beth at 11:41 AM
Share