Lessons Learned from a Mobile Payment Pilot Project in Brazil

Inspired by cases of success in Africa and Asia, in 2011 a Brazilian public bank, an international credit card company and a mobile operator organized a joint project designed to explore the emergent field of mobile payment systems in Brazil. This was not the first mobile payment project in the country and ended up being unsuccessful. Nevertheless, it was well documented and could provide important lessons to be learned in future mobile payment implementations.

As this project was designed to promote financial inclusion, the partnership was extended to a Microfinance institution, the Banco Palmas, that since 1998 operated in Conjunto Palmeira, a poor neighborhood with more than 40 thousands inhabitants located 22 kilometers away from the most developed areas in the city of Fortaleza, northeastern of Brazil. 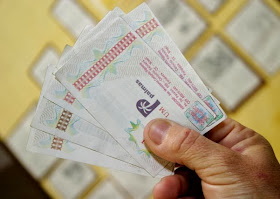 Banco Palmas already had a large portfolio of financial services oriented to the poor, including microcredit, and special financial support for women, and has operated as a bank agent (i.e. correspondent banking) for commercial banks in the community. But one of its  most remarkable initiatives was the creation and management of a local, alternative social currency called “Palma”, which circulates side-by-side with the official Brazilian currency (the Real), and is accepted by the local merchants and it is good only within the boundaries of the neighborhood.

An important expectation of this project was the digitalization and replacement of the printed social currency: as local merchants largely accept the “Palma”, it was expected that people living in that community would easily adopt its mobile version. And despite it was first designed to be a mobile payment service for users of bank accounts, it could be easily converted into the first Brazilian digital social currency. 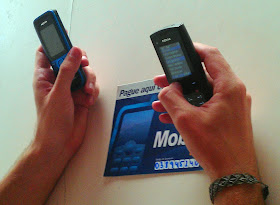 But in fact neither occurred, and some lessons have been learned:

Other factors also have contributed to the abandonment of this pilot project during 2013, on unknown date because it was never formally ended. The final report of this project can be found at: Mobile Payment for Financial Inclusion: Investigation of a Pilot Project in Brazil.

Even though it was not a successful case, this pilot project sparked the expectation of the heads of many other community banks in Brazil: the transformation of the printed social currency into a digital social money could enhance their operation and improve the users experience, because of the problems experienced with the printed social currency (fragility, durability, falsification); the profile of potential users (especially young people from poor communities) and the extent of the scope with the mobilization. An interesting video was compiled with such expectations: 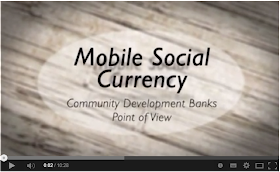 By the end of 2013 the Brazilian Central Bank finally launched the new regulation for mobile payments in the country that may promote the emergence of a new ecosystem, aiming exactly the financial inclusion. In this new phase, many of the organizations involved in this pilot project are already developing new mobile payments and mobile money projects in Brazil.