(Dis)Trust in Mobile Money in Ghana: Yesterday, Today, and Tomorrow

Yesterday: The Struggle to Gain a Foothold


In the early days of our IMTFI-funded fieldwork on Mobile Money (MM) in Ghana, MTN Mobile Money ads and billboards were out there. Yet, many interviewees either hadn't heard of MM at all; confused it with the e-zwich platform (a biometric smart card); or just didn't feel comfortable about the notion of converting physical cash to electronic value and keeping it on a mobile wallet on a cell phone. What was the discomfort about? For some, the apprehension concerned the non-materiality of the value. If one rolled up one’s cash and kept it in a bra, tied it in the corner of a cloth, or kept it in a repurposed plastic or tin container, one knew where it was at all times, and could access it easily. Intangible e-value was just too…. Intangible. For others, the concerns varied from utter disbelief that such technology could exist (it just seemed too good to be true), to suspicion that politicians must somehow be involved (and therefore it was something to be avoided). Additionally, interviewees from middle to upper income brackets thought that the technology would be hampered by the unreliability of the phone network (with statements like “right now, you need a backup for the backup”). Would the e-value get lost if the transaction was interrupted due to a spotty network? The variety of reasons indicated curiosity and a degree of skepticism about how the technology worked. It just didn’t seem trustworthy from the get go.  But that was in 2009. And 2010. And 2011. And 2012.

Money in the Cultural Context

It’s important to think about the context in which this technology was being launched and relentlessly promoted due to its success in Kenya. Traditional Ghanaian culture puts value on the form in which some payments are made. Apology pacifications may require a sheep, for example, and wedding bride prices come in the form of cash AND a variety of other goods. Yet nowhere has the form of money been more of an issue in contemporary Ghana than in the introduction of money technologies such as Mobile Money (MM). In a largely cash-driven society such as Ghana, getting people to switch from cash to cash-lite means of payments has been an ultra-marathon. While a host of obstacles such as poor infrastructure have been implicated in the failures of different card-based payment options in the early 2000s, trust and the lack thereof has played an important role in Ghanaian adoption rates of money technologies- in particular cell-phone based ones. At the onset, trust was hard to come by. 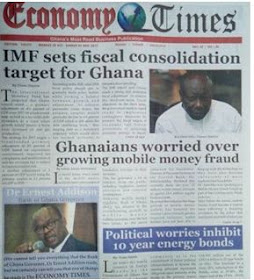 Fast forward a few years and Mobile Money has taken a foothold in the Ghanaian marketplace.  People recognized the convenience of the technology that enabled them to change local currency into electronic value, load it onto an electronic wallet, and use for spending, bill payment, savings, insurance, and remittances. Due to the doggedness of  Mobile Network Operators (MNOs), banking partners, agent networks, regulators and other stakeholders, trust in and use of Mobile Money grew, and grew, and grew some more, ….and then, sadly, ran into a brick wall. Criminals figured out how to exploit Mobile Money, and it was estimated that 50% of customers had been targeted. The criminal network included people from the inside. The modus operandi of the insiders was found to include (i) accessing the MM database of merchants without authorization and altering customer information; (ii) resetting the phone number assigned to the MM account, and then granting access to the new number to change the PIN  and (iii) acquisition of new SIM cards using a false identity, register for MM services. These provided cash outs access to customer and merchant accounts.

Additionally, some merchants were found to have overcharged for their services. Scammers have also been involved in defrauding MM subscribers using several tactics. First, the you-have-won-send-money-to-claim-your-prize scam, a financial crime also perpetrated via email. Once the subscriber sends the money, it is cashed out and the SIM card destroyed. Second, the problem-when-there-is-no-problem scam in which MM subscribers are informed that an amount of money transferred to them has been wrongfully sent as airtime or that there is a general problem with their account. Under the guise of “fixing the problem”, the “customer service” person on the phone takes the subscriber through steps which result in a money transfers to a scammer’s phone or code generation for an ATM withdrawal. Third is the related please-send-back-the-money-sent-to-you-by-mistake scam in which subscribers receive a call about an erroneous transfer meant for someone else. The subscribers motivated to do the right thing end up sending money from their account to these fraudsters. The fraudsters are getting craftier by the day, and so in a new development, subscribers simply receive a notification on their phone that an amount of money has been withdrawn from the MM account. These are withdrawals not authorized or carried out by the subscriber. 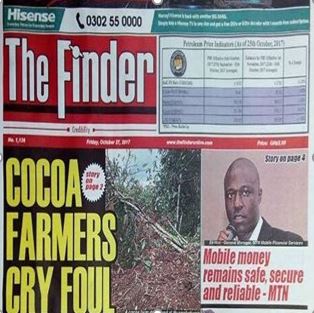 An MNO representative noted that problematic fraud was not due to a breach in MM platform itself, but due to nefarious human activity. The MNO staff involved were able to do so due to their access to the MM technology by virtue of the work they do with the telcos, and not because they are able to bypass the security systems in place. The fraudsters on their part, used their knowledge of the use of the MM technology to outwit people who are less versed in it and then defraud them.

This framing of the problem is consistent with perspectives about the misappropriation of tools in general and technology in particular for criminal purposes. Cars are not considered bad because some users chose to drive drunk or drag race on public streets, cryptocurrencies are not generally considered evil because bitcoin became the currency of choice in Silk Road and other dark websites, and the internet has not been dispensed with because websites are routinely (it seems) hacked. The question is, will Ghanaians (in a market where mobile money has entered but not dominated the payment space) care about the difference, or will they throw out the baby with the bathwater? Will consumers care that as one MNO representative put it, it’s about the "gullible consumer" and not a “system vulnerability issue”?

Elsewhere in the world, challenges to trust in particular systems and platforms have resulted in shock, but not necessarily in long-term decreases in their patronage. For example, people did not stop investing in the stock market because of Bernie Madoff or after the 2008 financial crisis. People across the world have not stopped using email despite threats to internet security, and it does not appear that people have stopped using Wi-Fi since the recent announcement by a Belgian researcher that Wi-Fi networks using the WPA2 protocol are vulnerable to hacking. However, each of these threats to consumer confidence have occurred in the context of products and platforms that had already successfully penetrated the market - not ones that are in a crucial growth phase as seems to be the case in Ghana. So the question remains: to what extent is trust in Mobile Money in Ghana impacted, and how will this affect subscription, active use, and growth of the user base?


Tomorrow: Finding its feet again, or will the other shoe drop? 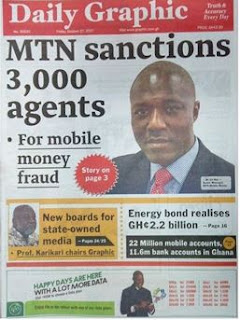 Trust in Mobile Money in Ghana and its future patronage will be contingent upon a variety of factors including perceptions of how well the current investigations are going, perceptions of product safety, and perception of future customer vulnerability vis-à -vis the perceived benefits of having a mobile phone-based payment medium.

On the one hand, the fact that MNOs eventually went public to discuss the issue is encouraging, and a testament to their commitment to dealing with the problem. Hopefully it will warrant a few trust points. These “trust points” may further soar with MTN’s publicized sanctioning of a whopping 3,000 members of its agent network in a bid to curb their fraudulent activities, and release of information that contrasted targeted subscribers (up to 50%) with those successfully defrauded (less than 0.1%). Other concerted efforts to curtail the problem that have been discussed in recent weeks include a re-registration of SIM cards, changes in procedures related to agent activities to enhance privacy, industry-wide agent blacklisting, better and more accessible agent identification by consumers, and changes to features in the user interface to provide the consumer with additional control over cash outs, and text filtering to block out identified scam messages. In addition, MM subscribers have been reminded via text, automated messages and via the media to protect their PINs, and change them regularly. In other words, there have been movements at the levels of regulators, MNOs, and the consumer (education efforts) to minimize the likelihood of recurrence of such crimes. Will these corrections and structures boost or repair consumer confidence?

On the other hand, several challenges have been identified in the execution of investigations of crimes involving Mobile Money. In addition to the fact that some scammers have covered their tracks well enough to avoid being identified, there have been some reports of less-than-ideal cooperation from some MNOs. For example, representatives of the Ghana Police Service “expressed worry that managers of some mobile telecom operators do not give the necessary information to the police concerning suspects in mobile money fraud who work in the telcos”.  Additionally, some people who crossed paths with fraudsters are calling for a boycott of specific MNOs altogether in order to regain a sense of agency and the recognition that consumers need to protect themselves. Such calls emanate from the recognition that that there is limited recourse for a defrauded consumer since there is no guarantee of a refund from the MNOs.

So what will happen to Mobile Money in Ghana? Time - and the consumer – will tell. No matter the outcome, it will undoubtedly revolve around consumer trust.